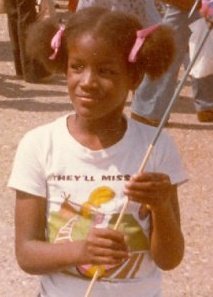 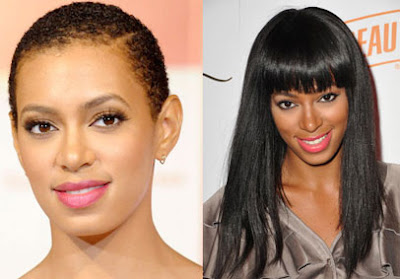 Once I began to loc my hair, I realized that my sense of personal beauty was changing. Locs are relatively permanent and I was adjusting to the fact that, at the moment, I felt a bit like a porcupine with my coils arrayed around my head like a kinky halo. At the same time, I felt liberated by my new crown. As I watched Solange Knowles pay tribute to her sister, Beyonce, during the 2011 Billboard Awards, I was reminded of my own personal hair transition. For those who don’t know, Solange did the big chop a year or so ago because according to her own words, “I just wanted to be free from the bondage that Black women put on themselves with hair. This phase of my life I want to spend the time, the energy and money on something else, not in the hair salon.” When she was on Oprah in late 2009 (during the Chris Rock “Good Hair” episode ), she added that she spent approximately $40,000 to $50,000 per year and probably half of her life in the salon. She also commented that when she took out her weave she didn’t feel as pretty or as noticeable (see video: http://www.oprah.com/oprahshow/Solange-Knowles-Hair-Video).

During the 2011 Billboard Awards I thought about how it must feel to be an entertainer and have the public comment on something as personal as your hair. I cannot imagine the pressure. I mean, I used to get upset when my family talked about my naps, I can’t imagine my hair being a trending Twitter topic which is what happened when Solange first cut off her hair. I also cannot imagine how it would feel to be constantly compared to Beyonce as Solange, the younger of the two, strives to create her own identity and space in this world. During her Oprah appearance, Solange added that she may very well go back to long hair weaves because, and I agree, women have the right to choose to wear their hair however they would like. However, I felt a strange sense of pride as I watched Solange. At least from the outside, it appears that she is a courageous young woman who dares to walk less charted paths, at least for now. Whether or not we like it, Solange’s presence in the media impacts the public. I’m hoping that when little children (heck grown folks) see her, they realize that beauty is a multi-dimensional, multicultural construct. I think that would be a good thing.